Nu-Groovy
transitioning to the third age 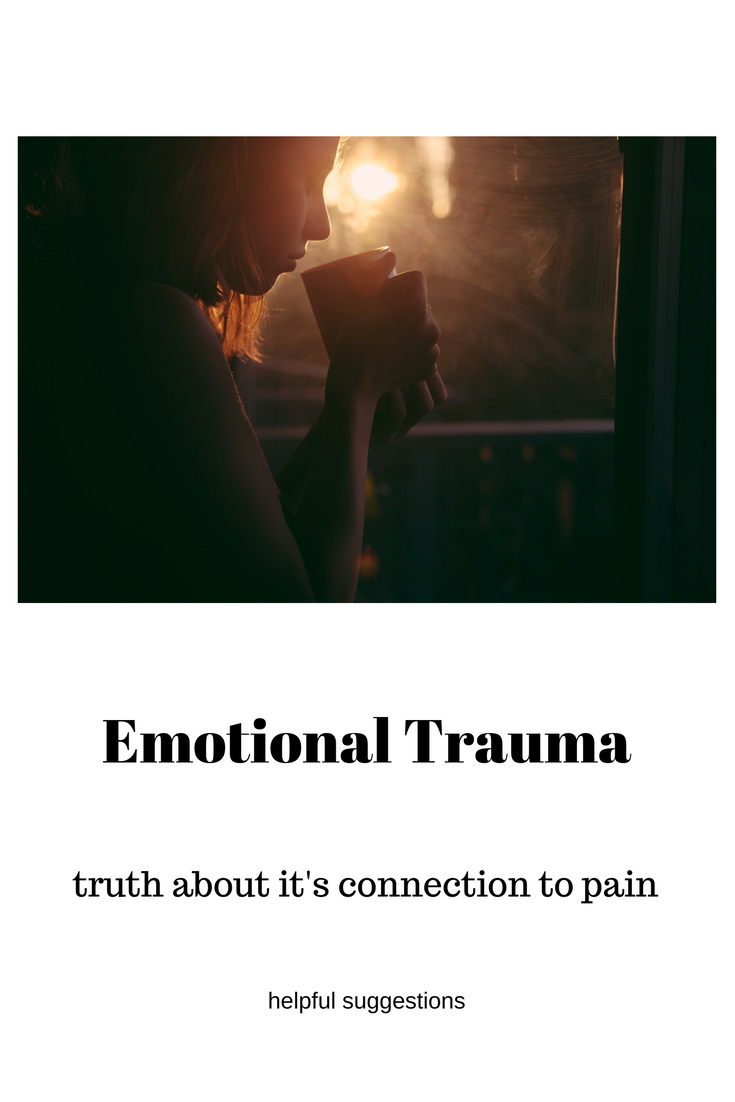 Emotional trauma and our emotions causing pain and illness are real.

The first thing that I want to make clear is that you should never believe anyone if they tell you that your disease or pain is all in your head.

I have witnessed people given prescriptions for anxiety drugs and depression drugs when a doctor could not diagnose a problem.

This idea may seem contradictory, but I will explain.

One person was believing it so much because the Doctor told her your feeling pain is real but your mind is creating it because we cannot find anything physically wrong with you.

They administered dementia drugs for awhile until it almost killed her. Luckily she was looked at by another doctor. It turned out that her pain was very real. She had a protracted bowel.

It was discovered too late for her. She had become addicted to the medication. She tried to stop taking it, but the withdrawal symptoms were stronger than she could handle. Instead of acknowledging that she was having withdrawal she said her feelings proved she needed it. Sadly it led her down a path of deterioration of her health.

Another person luckily had a better outcome with similar circumstances.

I had an electrical problem and called an electrician. While doing the work we got to chatting, and I listened to the medical story.

Years ago he went to the doctor because of some health issues. They could not find anything physically wrong with him and put him on depression medication.

He had to quit his work because it got to a point where he could not remember even something so simple as what tool to use.

He was very fortunate because he had a friend that believed in him. They finally found out the cause of his problems. He was able to get off of the depression drugs and restore his health. It did not happen overnight. He said it was one of the hardest things he ever had to do. It was a long and challenging road, but entirely worth it.

Be careful out there. Don't be too quick to accept the first diagnosis. There is almost always a reason for your pain.

Having cleared that up, I will continue.

Emotions espesially emotional trauma can have a bearing on your health.

Strong negative emotions cause lots of stress and long-term stress has a terrible effect on your overall health. It can also destroy your immune system.

Some stress is healthy, but worry that has been with you for too long, or a very traumatic occurrence in your life could be part of your health problem. It could even be something that happened years ago.

Post-traumatic stress disorder is not something only soldiers have. It can be from a shocking happening in your life. Even from a childhood abuse.

"The future is to heal back to the mind again. Recognizing that the mind is all powerful - it controls every cell to every degree of it's genetic expression." ~ Bruce Lipton

I found through researching this that a particular emotion can trigger an expression of a gene. For instance. Ask yourself why one person with a gene for a particular disease has it expressed and another person with the same gene does not.

Many things can trigger Pain and disease, but we will just deal with emotion in this post.

Louise Hay has a chart that shows some emotions and how it might express in your body. Look at this and see if something pops out at you. Maybe quiet your mind and gently think back at what was going on in your life when you first felt the pain or disease.

Forgive yourself and anyone else that was involved. (even if it caused emotional trauma) That was very hard for me.

You may need to talk to a trusted friend.  There are also many books and programs on the market that deal with this.

Then try and reach for a better feeling emotion.

There is another chart that comes from Abraham-hicks that shows an emotional scale. Locate your emotions on this index and try to reach for the next better feeling vibration.

Looking at emotions is not a substitute for your overall health regime. A positive outlook is but one more component.

In future posts, we will discuss nutrition, body alignment, exercise and muscle strengthening.

I know that long term stress and emotional trauma contributed to my personal illness. It has taken many years to deal with it finally.

Negative emotions and especially emotional trauma is a far-reaching issue. Speak to your health care professional. 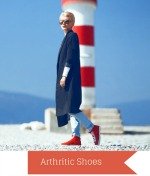 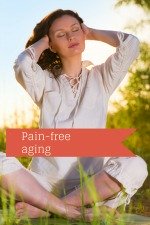 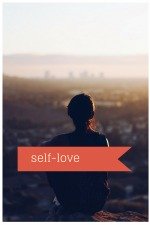 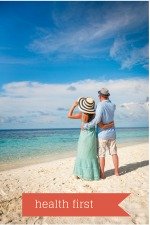 Look at what I'm up to. I've had these dreams forever and here I am; transitioning into the third age. What about you? Sign up so we can stay connected!

This site is a place for us baby boomers to share information only. The health care industry or finance is not my line of work, and so I am only sharing  what is working for me.  See your health care professional, financial manager or other experts that you rely on about any course of action.